In the last three years, several research institutes have studied the evolution of mobile applications but also the use we make of them. That? What is it? When? What for? How? Here is an overview of the answers to these questions.   I love you, I no longer a quarter of mobile applications is used only once and more than half of users (58%) abandons it after a month. 75% removes it after 3 months. They are frequently used (15 times/day) but rather in ultra-short sessions. In one month, only 18 apps are used. You get tired and leave them quickly (after 4.5 times of use according to Localytics). 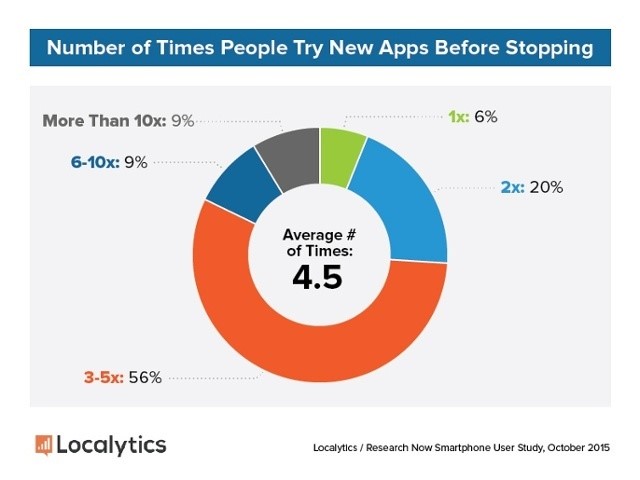 Push or not push?

At a time when data protection is an ultra-sensitive point, it is surprising to learn that geolocation and push notifcations are well accepted by users, and that they continue their progression! In 2014, 29% regularly allow their applications to use their localization data (as against 27% at the end of 2012) and 20% to send them push notifications (compared to 24% at the end of 2012). If the applications of the press or those of social networks (and Mymairie of course!) are still the main purveyors of push, “predictive marketing” will soon make it the rule in m-commerce, as it is already in e-commerce, targeting n Otamment the suggestions or recommendations produced.

Bread and games! While most of the time of the users is reserved for search engines and social networks (10H56 ‘), the fastest progression between two surveys goes to the so-called entertainment applications (games, audios, videos), which pass from 6 hours to 10 hours/ Months.  The games alone represent 21.45% of the market and count, according to App Annie, a more masculine than average audience.